I went to The Royal Marsden Hospital to have my routine six monthly blood test first thing yesterday morning. It is such a wonderful place and so perfectly run. When I first got my Royal Marsden letter three and a half years ago I left it on the coffee table unopened all day. I didn't want to open it, I didn't want to go there at all. When I finally did open it and of course go to my appointment I was so surprised at how different it was to what I expected. It almost didn't feel like a hospital it's so friendly. It's not just the feel of the place though, they dealt with each problem in such a matter of fact way and organised way. I really trust them and as soon as I walk in I feel as though I am among friends. Hopefully I will be told my blood results are fine when I have my appointment next week, but if they aren't I'm sure any problems will be dealt with in their usual professional way.

It was quite a coincidence, as I mentioned a while ago a young woman had contacted me to say some family had found two large framed photos from around the 1920s in their loft when they moved into a house in Shirley near Croydon. They contacted the previous owners who weren't interested in them and a local history society who didn't want them either. After an internet search this young woman found my Photo Archive website and asked if I would like them. Of course I was thrilled, it is just the sort of thing I put on the website all the time, forgotten photos that no one knows what to do with. She emailed me this week to say she had an appointment nearby and would drop them off yesterday. When she arrived with them she told me she was on her way to The Royal Marsden, which is just up the road, to have chemotherapy which she was receiving for cancer she was diagnosed with last November. I told her I had been there that morning and we had a little chat about it all, she was so young and kind and I couldn't get over she was taking the trouble to bring these photos round while she was in the middle of her treatment. I wished her all the best with her treatment but told her in my experience she was being treated in the best place in the world. Sometimes fate can make you meet someone in your life, just fleetingly, but you feel all the better for having met them.

I spent an hour yesterday taking the backs of the photos and giving them a good clean. They are enormous! Sadly there is no way yet to identify the photos but the photographer was in Peckham. I love them! I think the family look almost theatrical, definitely different with lots of character. I copied them while they were out of their frames so I can add them to the website. 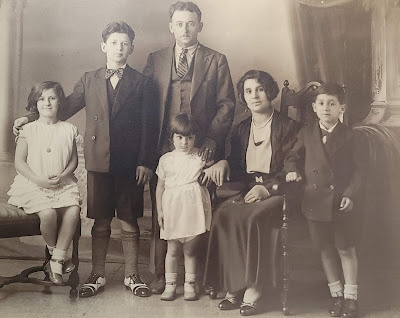 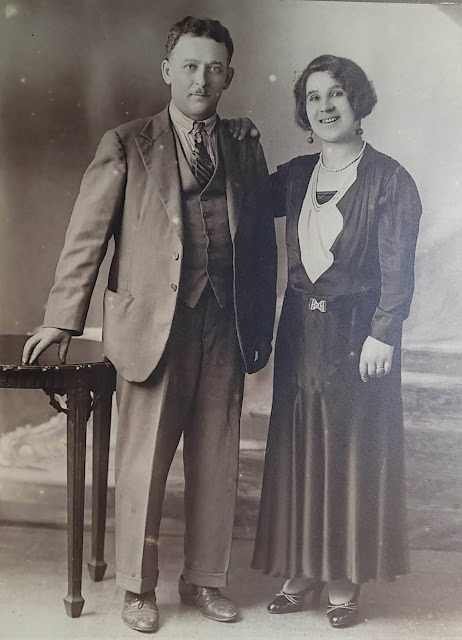 It turned into such a lovely afternoon, I managed to get a few jobs done in the garden. The little fox cub was round and about again. It seems rather sad to see him on his own all the time, with no siblings. In the evening when I was putting things away, he (or she) was asleep on our neighbours shed, no doubt sleeping off his evening meal we had put out earlier.

Of course there's another big game tonight. Poor Tom is on a late duty and will miss it all, driving an empty bus around all evening, in the rain apparently, while everyone else is watching it. Have a lovely day everyone what ever your plans and I hope you manage to avoid the rain. xx
Posted by The Love Of Nostalgia at 08:40